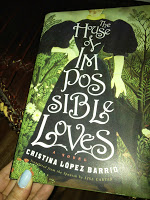 No matter your preference, here is a summer reading list to whet every bookish apetite: The House of Impossible Loves By Cristina Lopez Barrio
An “exuberant” debut novel of a family bound by searing passions, an earthy magic, and a very unusual curse

Crossing Over: A Mexican Family on the Migrant Trail by Rubén Martínez
Hailed as “valuable,” “passionate,” and “terrific,” Crossing Over puts a human face on the phenomenon of Mexican immigration and the vibrant Latino culture it introduces to the U.S., and remains a beautifully written classic of our time.

The Honest Life: Living Naturally and True to You by Jessica Alba
The Honest Life recounts Alba’s personal journey of discovery and reveals her tips for making healthy living fun, real, and stylish, while offering a candid look inside her home and daily life.

King of Cuba: A Novel by Cristina Garcia
Vivid and alive, Cristina García’s new novel transports readers to Cuba, to Miami, and into the heads of two larger-than-life men—a fictionalized Fidel Castro and an octogenarian Cuban exile obsessed with seeking revenge against the dictator.

A Crack in the Wall By Claudia Pineiro
Claudia Piñeiro once again demonstrates her capacity to reveal the things hidden behind the facades of our existence; human relationships based on habit and cowardice, rather than love; on excessive ambition and personal gain, rather than morality.

Soccer in Sun and Shadow By Eduardo Galeano
Soccer is a game that bureaucrats try to dull and the powerful try to manipulate, but it retains its magic because it remains a bewitching game—“a feast for the eyes … and a joy for the body that plays it”—exquisitely rendered in the magical stories of Soccer in Sun and Shadow.

Tattoo By Manuel Vazquez Montalban
In a Spain still stifled under the rule of Franco, former CIA operative–and former Commnist–Pepe Carvalho has become so cynical he seems to care about nothing except food and sex. He’s even taken to burning the occasional book in his Barcelona apartment, just so he can have a fire going in the fireplace when he eats some bacalhao. But when he sees the cops bungling a case he’s hired to investigate–that of a body pulled out of the sea–he’s roused by a sense of injustice.

The Telling Room: A Tale of Love, Betrayal, Revenge, and the World’s Greatest Piece of Cheese By Michael Paterniti
A moving exploration of happiness, friendship, and betrayal, The Telling Room introduces us to Ambrosio Molinos de las Heras, an unforgettable real-life literary hero, while also holding a mirror up to the world, fully alive to the power of stories that define and sustain us.

Race, Monogamy, and Other Lies They Told You: Busting Myths about Human Nature By Agustín Fuentes
Presenting scientific evidence from diverse fields, including anthropology, biology, and psychology, Fuentes devises a myth-busting toolkit to dismantle persistent fallacies about the validity of biological races, the innateness of aggression and violence, and the nature of monogamy and differences between the sexes.

Shut Up, You’re Welcome: Thoughts on Life, Death, and Other Inconveniences By Annie Choi
Each of Choi’s personal essays begins with an open letter to someone (babies) or something (the San Fernando Valley) she has a beef with.