#FridayReads: The Dream of My Return by Horacio Castellanos Moya 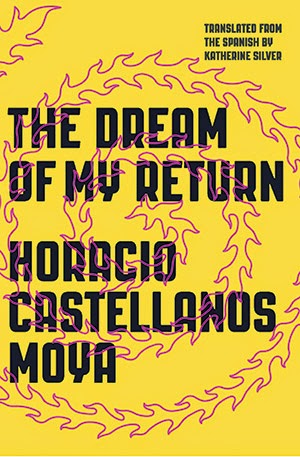 #FridayReads: The Dream of My Return by ...

The Dream of My Return by Horacio Castellanos Moya:

A high-octane paranoia deranges a writer and fuels a dangerous plan to return home to El Salvador. Drinking way too much and breaking up with his wife, an exiled journalist in Mexico City dreams of returning home to El Salvador. But is it really a dream or a nightmare? When he decides to treat his liver pain with hypnosis, his few impulse-control mechanisms rapidly dissolve. Hair-brained schemes, half-mad arguments, unraveling murder plots, hysterical rants: everything escalates at a maniacal pace, especially the crazy humor.


Horacio Castellanos Moya was born 1957 in Honduras. He has lived in San Salvador, Canada, Costa Rica, Mexico (where he spent ten years as a journalist, editor, and political analyst), Spain, and Germany. In 1988 he won the National Novel Prize from Central American University for his first novel. His work has been published and translated in England, Germany, El Salvador and Costa Rica. He has published ten novels and is now living in exile as part of the City of Asylum project in Pittsburgh, Pennsylvania.