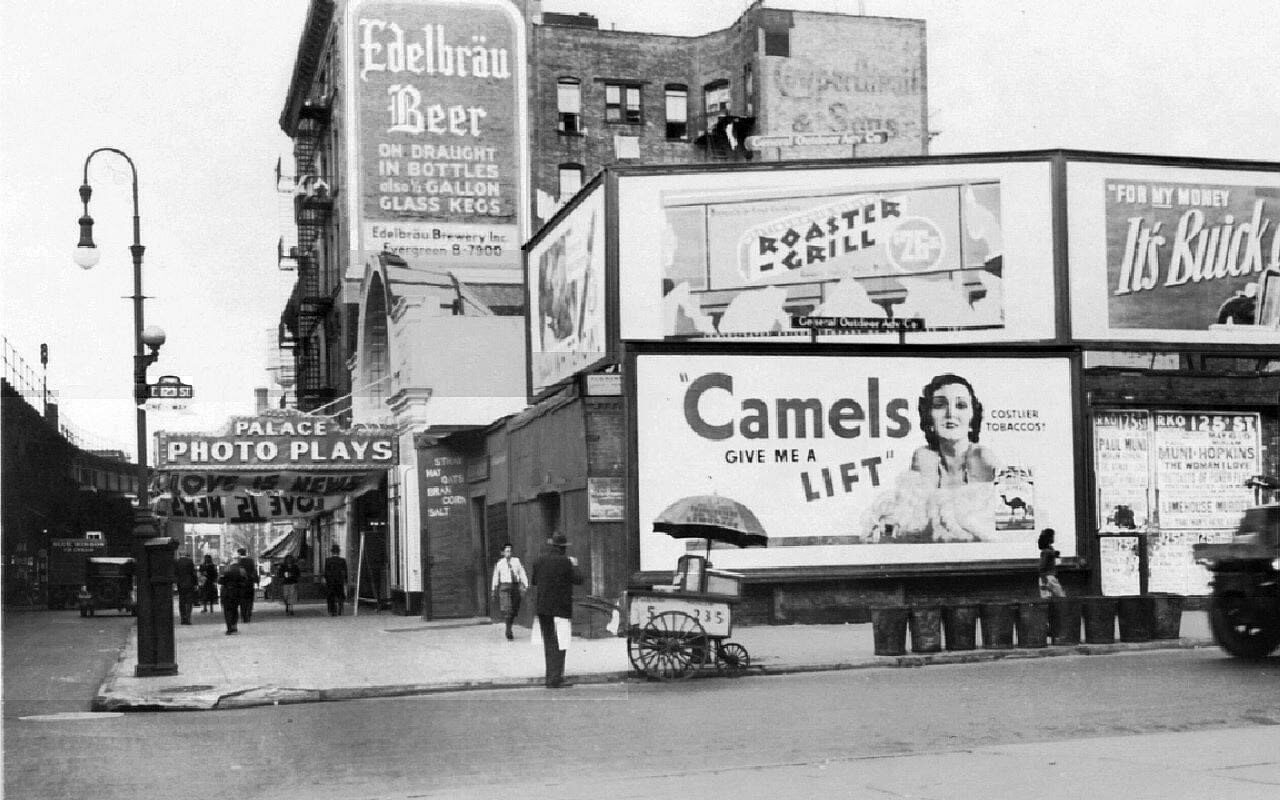 I have fond memories of playing in the open “pompa” – Spanglish for “Johnny Pump” or the fire hydrant, sliding around in jelly sandals, oblivious to the waterlogged traffic and pissed off drivers.

I recall that often we were without heat and occasionally water too. In the 80s, during one of those waterless times, there was a lot of talk about a 2nd Ave line subway. I think it was around then that I heard someone mention that there had been an elevated train at one time on the Avenue. Apparently, there was also another one on 3rd Ave too.

The 1950 Census records were released by the National Archives on Friday. Yes, on April Fool’s Day, not typically an ideal for a major announcement but let’s move on.

I was looking forward to looking through the records to see if I could locate my father and his family.

From what I had gathered when I finally drummed up the courage to ask my neighbor, Gianni, an Italian old timer who remembered them, my father Vito and his brother “Joey” who he hung out with, lived on East 121st Street before the Housing Projects were built.

I took this detail with a grain of salt, being that I had been told so many different things about this elusive “Vito,” by different people, most of whom clammed up and said, “they didn’t remember.” Memory is a fickle and delicate thing. So is that Italian code of silence; “didn’t see anything, don’t know nothing.”

It turned out to be true. Searching through historical records, I located the Cerbone family living at one point in a four-story building, 341 East 121st Street, NY, New York.

The building was located between First and Second Avenues, on the northside of East 121st Street.

Within 30 minutes of searching the 1950 Census records, I located Vito’s father and mother, Vincenzo and Michelina, my grandparents, still at that address.

The adrenaline rush was incredible. There was a lot of promotional content about the release of the records along with a lot information about managing expectations since the records hadn’t been indexed. Somehow, I got lucky and found what I was looking for in under an hour, right out of the gate.

Sometimes, I get the sense that the Ancestors are with me. That they’re rooting for me to unearth their stories, their truth and to share it – to not allow them to fade away, nameless, forgotten. Other times, I recall my best friend’s warning that not everything has meaning, that sometimes things just are the way the are and there’s not much to it.

But 16-year-old Vito is too enticing to leave alone. What was his reality like? What experiences shaped him? What troubled him? What did he dream about? The anthropologist in me refuses to be still. In his absence and now in death, he’s become the focus of my research.

Sadly, for some tragic reason, there’s not much information available or many photos of that particular block during the time Vito’s family lived there.

The 1940s Tax Photos, a collection produced by the Works Progress Administration, in conjunction with the New York City Department of Taxation, surfaced this photo of 341 East 121st Street.

What boggles my mind is when I find similarities or coincidences. While I grew up just a few blocks away on East 118th Street, we moved to East 122nd Street in the late 1990s.

By this time that area was dominated by the Taino Towers, spanning from 3rd to 2nd Avenues and completed in 1979, and the Senator Robert F. Wagner Houses, also known as Triborough Houses, to the East.

The public housing projects, funded through the Wagner Act at half a billion dollars in the 1940s, became the death knell for an Italian enclave that had once been the largest Little Italy community in the States.

As I hungrily sift through any vintage photos of the neighborhood I can find, I realize a number of fundamental truths at the same time:

I deeply know these places. Impossibly recognizing streets and buildings as familiar parts of the formative twenty five years, I spent there in spite of those snapshots being from a time before I was alive.

The plentiful shops and businesses even along the sleepy Pleasant Avenue of my day!

In my childhood, many of the brownstone buildings, still hauntingly beautiful, were decayed, mostly empty or abandoned. Even the storefronts seemed oddly audacious and ornate, empty large spaces with gleaming mahogany wood but sparse wares for sale.

How many stories and family shops must have been lost to time and “progress?”

The lack of information and photos pains me. It seems like an era and life that few remember and even less people thought worth documenting.

I was recently able to source photos, I hadn’t seen before, of East 121st, where apparently there was a 2nd Avenue Elevated Railway Line Station. This is why the Avenue is wide, a three-train railway once ran through it.

Could this have been a place Vito frequented as a teen?

Demolition of the “slum” buildings in this area began in 1954. The Wagner Houses opened in 1958. Many residents, displaced by Eminent Domain, and disgusted by forced appropriation of a neighborhood that had been a welcoming and tightly knit community of Italian immigrants since the 1890s, moved away, north to the Bronx and surrounding suburbs.