““Dead and Gone,” [made it’s] debut on the New York Times hardcover fiction best-seller list this Sunday in the No. 1 spot. It was a first for Ms. Harris, who has published 26 novels in nearly three decades and sold the original book in the Sookie series, “Dead Until Dark,” for just $5,000 nine years ago.” via nytimes.com 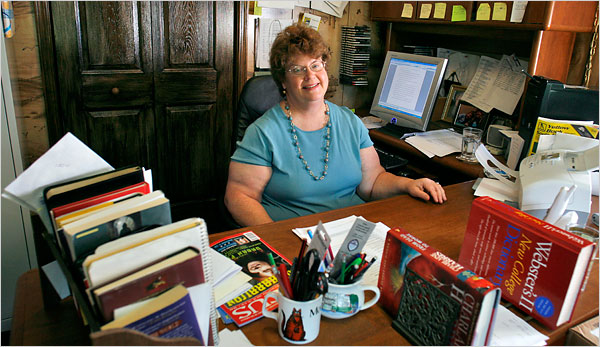 How awesome is that!

Note: I love to see pictures of authors at their desk – so very personal and insightful.

On a very sad note, I learned yesterday that Frank McCourt, author of Angela’s Ashes and long-time teacher at Stuyvesant HS is critically ill and battling cancer via irishcentral.com. They have a lovely photo gallery of his work and life that always served to remind me that no matter where you are from – an immigrant’s story is universal.

And the sad news doesn’t end there either: Mario Benedetti, A Writer Revered in Latin America, Dies at 88 via nytimes.com

My heart goes out to both.