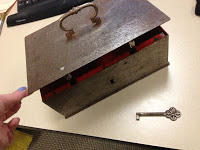 Last month, I had the opportunity to visit Amsterdam, Netherlands, for over a week. It was a rough week, my mom had been hospitalized the week before and I was there for a conference so I had no choice but to carry on. However, I still managed to walk around and see a few of the great sights of the historic town.

I would definitely say the trip was worth it just for the food. Whomever, said Dutch food wasn’t great, was so wrong! The cheese and the butter alone were unlike any thing I have ever tasted. Every place we went to eat served fresh food so expect a little bit of a wait at your table but the food will reward your patience. Also most shops and restaurants have resident cats so don’t be surprised if one stops by your table while your dining.

While there you must try the pannenkoeken or pancakes, they have almost every kind imaginable. I tried banana, bacon pancakes and ended up going to the supermarket to buy my own jar of suikerstroop or molasses which is used as the pancake syrup. Stroopwafels, or thin waffles sandwiched among cinnamon-spiced syrup, make excellent souvenirs to bring back home and you can purchase them pretty cheaply at the Albert Heijn‘s local supermarkets, for 1-2 Euros or 3-4 for a cute tin.

The frites or fries are pretty popular and are served with mayo but they’re pretty heavy so I advise you think of your tummy beforehand. Bitterballen (deep fried croquettes), were new for me, but quickly became a favorite snack, especially the curry flavored ones at the Hilton Amsterdam. Amsterdam is lovely for walking but not much for shopping. Most of the things I wanted to bring home were hard to although I did buy Gouda cheese and flower bulbs in the airport to bring home – make sure you get the kind that have a certificate of inspection sticker on them.

My neatest finds were at the Waterlooplein Markt, one of Amsterdam’s centrally located Flea Markets. I purchased an awesome vintage metal box and a sitting Buddha statue for 35 Euros.

One of the coolest shops I visited had a really wide selection of Asian art notebooks and other chatkies that I had to resist buying. The Asian Spirit shop has a website here and I can’t visit it without feeling regret over not getting notebooks to bring back.

If you are there for a few days, you might want to check out Stuff Dutch People Like because it will make you laugh. It’s funny because I got a real sense of New York’s Dutch roots and also the influence of the Dutch within Caribbean culture. One of my favorite breakfast foods there were the delicious cod fritters, which reminded me of my mom’s bacalaitos.

Another thing that really impressed me was the diversity and open acceptance of other cultures and peoples, it was unlike anything I’ve experienced in Europe or even New York. On the flight home, I ended up sitting next to an ex-patriot who now teaches journalism and film in Amsterdam. The crazy part of this was that he attended my alma matter, Hunter College, and grew up in the same town in New Jersey, as my boyfriend. The world is a small place my friends – a small but wonderful place.

Now about my box? Should I clean it or try to polish it up? I have a suspicion it’s a gun box but that key is way too pretty. What do you think it was used for?

Read more my Travelogue from Zurich, Switzerland here and check out Marisel Vera’s blog about her travels in Zurich.