She Had Lots to Say 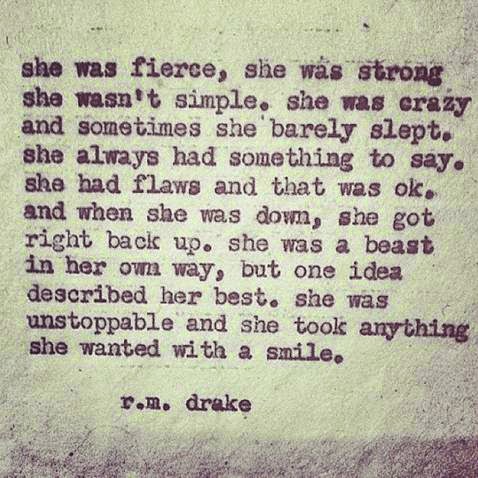 She Had Lots to Say

Here’s to standing in your own power: “She was fierce, she was strong, she wasn’t simple. She was crazy and sometimes she barely slept. She always had something to say. She had flaws and that was ok. And when she was down, she got right back up. She was a beast in her own way, but one idea described her best.

She was unstoppable and she took anything she wanted with a smile.” ― Drake