NYC: Justin Torres in Conversation with Literanista at the Greenlight Bookstore

NYC: Justin Torres in Conversation with ...

I will be interviewing author, Justin Torres (We The Animals) on Monday, September 19, 2011, at 7:30 PM at the Greenlight Bookstore in Brooklyn. A very special thank you to Ron Hogan of Beatrice.com who will present the discussion. I hope you can join us!

Justin Torres discusses his novel We The Animals with Valerie Russo of Literanista
Introduction by Ron Hogan of Beatrice.com 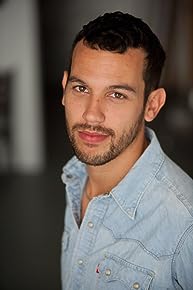 Former New York bookseller Justin Torres has been taking the literary world by storm with his fiercely powerful debut novel of the intense love and idiosyncrasies of family life. A first person narrative of three growing brothers and their volatile and passionate parents, the book is also a coming-of-age story in which personal identity – cultural, ethnic, sexual – wars with the overwhelming demands of family.

Justin discusses his work with Valerie Russo, creator of Literanista, where she writes about multicultural books, new media, and social issues. The event is hosted by series curator Ron Hogan, creator of the seminal literary blog Beatrice.com.

Subway: C at Lafayette, G at Fulton Street, or 2/3/4/5/B/D/M/Q/N/R at Atlantic/Pacific Terminal.
Click here for a map