New Kickstarter Campaign: John Leguizamo in Tales From A Ghetto Klown – THE MOVIE 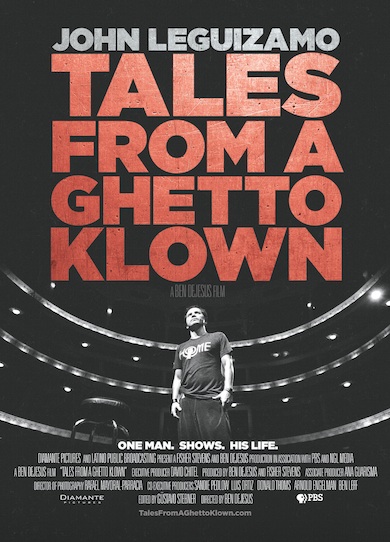 John Leguizamo let us follow him around during the process of creating GHETTO KLOWN, his uber-successful fifth one-man show. What came to life was an intense portrayal of a talented artist writing his magnum opus. From Off-Broadway to Broadway, from English to Spanish, from New York to LA, Colombia, and everywhere in between, this is a story of how you make a Ghetto Klown.

Ben DeJesus directs this intimate look at an urban superstar turned Broadway baby. The film chronicles the three year long endeavor including the writing process, the ups and downs of producing, the pitfalls and the stress involved in turning an idea, and then later a cultural re-awakening, into a reality.

Founded by director Ben DeJesus, Diamante Pictures is a production and branded entertainment company that is based in New York City and Miami Beach. Diamante Pictures has produced over 75 hours of programming for broadcast, 100+ commercials, 100+ webisodes, 35 music videos, and 25 DVD titles.

We aim to complete the film in the next few months with the highest quality standards possible. The film has been offered the opportunity to premiere on PBS this summer, but we need your support to make it happen.

This documentary is more than just a behind-the-scenes look at a play; it’s a touching, hilarious, and uplifting experience that will leave many people inspired and changed.

With this head start, we could bring the film the international attention that it deserves.