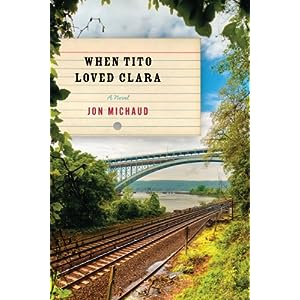 Clara Lugo grew up in a home that would have rattled the most grounded
of children. Through brains and determination, she has long since
slipped the bonds of her confining Dominican neighborhood in the
northern reaches of Manhattan. Now she tries to live a settled
professional life with her American husband and son in the suburbs of
New Jersey—often thwarted by her constellation of relatives who don’t
understand her gringa ways.

Her mostly happy life is
disrupted, however, when Tito, a former boyfriend from fifteen years
earlier, reappears. Something has impeded his passage into adulthood.
His mother calls him an Unfinished Man. He still carries a torch for
Clara; and she harbors a secret from their past. Their reacquaintance
sets in motion an unraveling of both of their lives and reveals what the
cost of assimilation—or the absence of it—has meant for each of them.

This immensely entertaining novel—filled with wit and compassion—marks the debut of a fine writer.