New Book: The Map of Time: A Novel

New Book: The Map of Time: A Novel

This was the only unfamiliar book in Latina’s Magazine Summer Reading Guide, so I am sharing with my readers here:
The Map of Time: A Novel by Félix J Palm 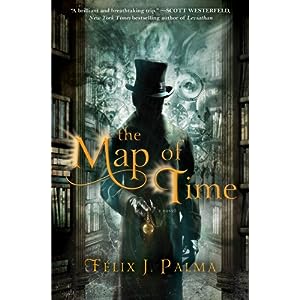 Set in Victorian London with char-acters real and imagined, The Map of Time is a page-turner that boasts a triple play of intertwined plots in which a skeptical H. G. Wells is called upon to investigate purported incidents of time travel and to save lives and literary classics, including Dracula and The Time Machine, from being wiped from existence. What happens if we change history?

Félix J. Palma explores this question in The Map of Time, weaving a historical fantasy as imaginative as it is exciting—a story full of love and adventure that transports readers to a haunting setting in Victorian London for their own taste of time travel.

FÉlix J. Palma (SanlÚcar de Barrameda, 1968) has been unanimously acclaimed by critics as one of the most brilliant and original storytellers of our time. His devotion to the short story genre has earned him more than a hundred awards. The Map of Time is his first book to be published in the United States. It received the 2008 Ateneo de Sevila XL Prize and will be published in more than 30 countries.