New Book: The “Godfather of Jackson Heights” Puts It in Print

New Book: The “Godfather of Jackso ... 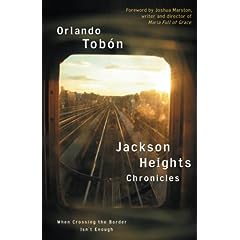 From his cameo role in Maria Full of Grace the hardest working & most generous man in Little Columbia (Queens, NYC) writes his tale.

From his small travel agency tucked away in an area of New York City known as Little Colombia, the “Godfather of Jackson Heights” does far more than make travel arrangements.

Fernando Padrón is a social service fixer to many of the tens of thousands of Latino immigrants living in his neighborhood. Tax accountant, job hunter, fund-raiser, and missing persons detective are just some of his roles. Fernando also earned the title of Undertaker for the Mules after helping families repatriate the remains of the dozens who die every year smuggling drugs into New York when drug-filled capsules in their stomachs explode.