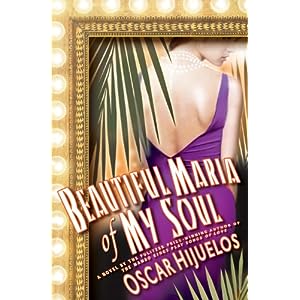 Beautiful Maria of My Soul by Oscar Hijuelos

The Mambo Kings Play Songs of Love is a Pulitzer Prize-winning contemporary American classic, a book that still captivates and inspires readers twenty years after its first publication. Now, in Beautiful Maria of My Soul, Oscar Hijuelos returns to this indelible story, to tell it from the point of view of its beloved heroine, Maria.

She’s the great Cuban beauty who stole musician Nestor Castillo’s heart and broke it, inspiring him to write the Mambo Kings’ biggest hit, ”Beautiful Maria of My Soul.” Now in her sixties and living in Miami with her pediatrician daughter, Teresa, Maria remains a beauty, still capable of turning heads. But she has never forgotten Nestor, and as she thinks back to her days–and nights–in Havana, an entirely new perspective on the Mambo Kings story unfolds.