To all the men and women who sacrificed and fallen and put their life on the line for us – We salute you and thank you.

This weekend, I want to highlight all the Latinos who have served on behalf on the United States. 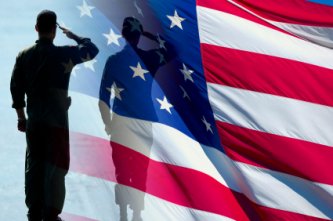 Celebrating Hispanic Heritage: Latino Recipient of the Presidential Medal of Freedom
Hector P. Garcia, a 1940 graduate of the University of Texas Medical School, joined the Army during World War II. He earned the Bronze Star Medal with six battle stars in Italy.

Perfect Movie pick for this weekend – in case it rains:(I highly-recommend it)

“Miracle at St. Anna is a 2008 war film directed by Spike Lee and written by James McBride, based on McBride’s novel of the same name. The film was released on September 26, 2008, and is set during World War II, in fall of 1944 in Tuscany and in the winter of 1983 in New York City and Rome.

Miracle at St. Anna follows four black soldiers of the all-black 92nd Infantry Division who get trapped near a small Tuscan village on the Gothic Line during the Italian Campaign of World War II after one of them risks his life to save an Italian boy.

The group is made up of: The idealistic Staff Sergeant Stamps, who believes fighting in World War II will help American Negroes to win the same rights as whites; the world-wise Sergeant Bishop, whose ambitions are much more prosaic and personal: survival, economic gain, female company, etc.; Corporal Negron, a Puerto Rican, whose perception of ethnic issues is somewhat different due to his Latino upbringing; and the hulking, but naive, Private First Class Train, whose childlike attitude bridges the gap with the rescued Italian child, himself suffering from the after effects of a terrible trauma.”