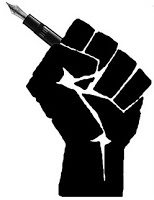 “I think Latin American literature deals with power and politics, and I would say this is inevitable. We in Latin America have not solved yet basic problems like freedom, like stable institutions, like tolerance, coexistence, and diversity.

We still have … behind us this atrocious tradition of authoritarianism and brutality in politics. So it’s very difficult for a Latin American writer to avoid politics and these problems that are larger than politics.

I think literature is an expression of life—and you can not eradicate politics from life.

Even if you think politics is, in many cases, a disgusting, dirty activity.”

— Mario Vargas Llosa, in response to being asked if he thought enough novelists worked sufficiently at the task of understanding state power in their fiction here.