Inhabiting Memory: Essays on Memory and Human Rights in the Americas

Inhabiting Memory: Essays on Memory and ...

New book to be on the lookout for:

Inhabiting Memory: Essays on Memory and Human Rights in the Americas by Marjorie Agosin (Editor)

The relationship between historical or traumatic events and the memories
created by them are examined in this selection of essays by writers who
have been affected by the social and political upheavals of Latin
America during the past four decades.

Recognizing the impact these
events have had upon both collective and individual memory, these
essayists also recall hard times living through the McCarthy era and the
AIDS epidemic as well as the effects of living in exile from Chile and
the bicultural reality around the U.S. border with Mexico. 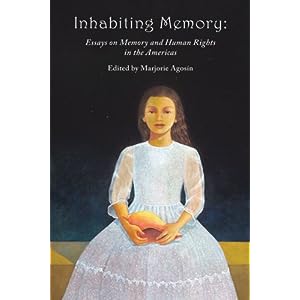