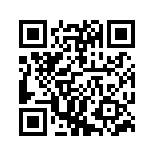 Marketing and advertising have always been at the crossroads of corporate culture and whimsical creativity (cue: Willy Wonka’s Imagination), and so has suffered from cross pollination of both ends of the spectrum – too silly, too radical, too out there to too stuffy, clueless, irrelevant, etc.

For me, they are really interesting from a cultural perspective. My interest in marketing was minimal especially as a child pondering the future, mine or anyone else’s for that matter. In junior high school, we had an executive from Johnson & Johnson come in to speak to our class about how they created and marketed their products. Afterwards, we were all assigned a project to design the packaging for a J&J product and a marketing plan for it. That was actually really fun and enlightening. As an 11 year-old, I had never really thought about what about a product’s packaging and how its copy/design elements induced me to want to buy it.

Even as a younger child too, I was intrigued by the character of Darrin Stephens on the iconic show Bewitched, who was an executive at the Madison Avenue
advertising agency “McMann and Tate” and often brought his work home with him. We seem to be fascinated more than ever with marketing and advertising, just look at the explosion of social media experts/gurus, marketing blogs and books, and even our love affair with the TV drama, Mad Men, which “is set in the 1960s, initially at the fictional Sterling Cooper advertising agency on Madison Avenue in New York City, and later at the newly created firm of Sterling Cooper Draper Pryce.” We live in a consumer-driven, capitalist society fascinated with materials goods but also one that deeply enjoys analyzing our own selves.

This post was inspired by a few ads that I have seen lately on the TV, the train, and in IRL, as well as a new (funny but sad) microblog, I recently discovered – Marketingdouchebags!

On TV ads and in posters on the NYC Subway, I have begun to notice an increase in the use of Facebook and Twitter icons, even Youtube channel call-outs, and in print ads, the use of QR Codes. This seems great, brands are getting it, they are getting with the program, right? But some are just doing it wrong and sometimes trying is not enough. Marketing is one of those things that in order to be right (read: successful) it has to be done right (tangent: like math – shivers at the flashback).

I wish I could remember which companies the ads/spots were for (clearly demonstrating their effectiveness, IMO)-I think it might have been mostly utility or insurance agencies (like State Farm or Con Edison), which left me with the thought why would I want to “like” you on Facebook or follow you on Twitter or Youtube. Are you going to lower my bills? Teach me something? What’s the cool factor? I’m sorry, Con Ed, your cool factor is zero. Why should I pull out my phone and scan that QR Code? What’s my incentive? What do I get out of it? Also, I am sorry but I don’t think QR Codes are mainstream enough (not yet) that the general population even knows that that is what they are and/or that they are supposed to scan them.

Now, I am not a big fan of processed meats to begin with but, why on Earth would I follow or fan this brand? I think I would only need to “talk” to them if I had a concern or issue. I think their call to action should be better than “talk to us.”
While poking around on their website, I learned some informative things like that that they have been around since 1905 and that their products “contain no fillers, gluten, artificial flavors, colors or trans fat.” Now these are things that pertain to me – history and facts: love it! Why don’t you address those in your ad and give me an incentive to look you up? Or why not have fun with your brand? Look at Old Spice, no one I know actually likes Old Spice (except a few of my older uncles) but their recent ad campaign has made Isaiah Mustafa, into a celebrity, and their brand and the campaign have become icons of pop culture, even satirized by Sesame Street (They recently reached over 1 million fans on Facebook). Now that is something I can become a fan of – engage me, make me remember your brand, your philosophy or teach me something  useful and/or offer me something that is of value to me – that will make me remember your name and bring you fame.