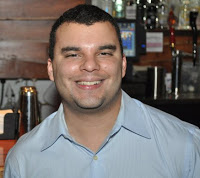 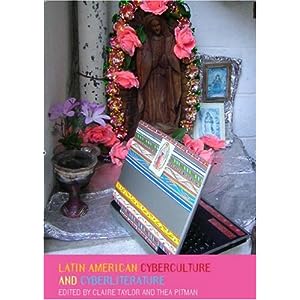 Latin American Cyberculture and Cyberliterature, edited by Claire Taylor and Thea Pitman offers evidence that Latinos from Latin American countries and the Caribbean can adapt to online media technology just as fast as
non-Latinos here in the United States. Each chapter of the book focuses
on one particular facet of media technology that Latinos clearly have
expertise in within their society.

Media theorists and academics contribute their own research of interest in full detail within each chapter. I was very taken back by the case studies, they were well written and some of the visuals presented in the book were an added
bonus to the content.

Further proof that Latinos are able to understand and adapt to a techno social culture was the fact that several well known Latino authors such as Jorge Luis Borges explored the concept of hypertext, a writing style that redefines the relationship of the reader and author as being blended together; the reader is immersed in the story rather than being the spectator. This concept was first explored by Latino authors even before the first computer was ever used, this later paved the way to today’s hypermedia utilization.

I highly recommend this book to those who want to research online media usage in today’s Latin American society. It’s welcome read for both professionals and academics and a great resource tool. Frankie De Soto recently graduated from the University of Texas at Dallas with a Masters of Fine Arts degree in Arts and Technology, where he studied the concepts of human/computer interaction, new media art and online social communities. After graduation, Frankie still
continues to study the continuing development of online media technology in today’s society. His main interests of research are CMS sitebuilding, SEO, cyborg anthropology, hypermedia, Hispanic online media and social media applications to build engagement, social intelligence and online communities.
He currently owns and manages two blogs. One is Solpersona, a blog about Hispanic online media, and the other is CyberAmbient,
a blog about cyberculture and new media research. In his spare time,
Frankie assists others as a WordPress and social media
consultant.