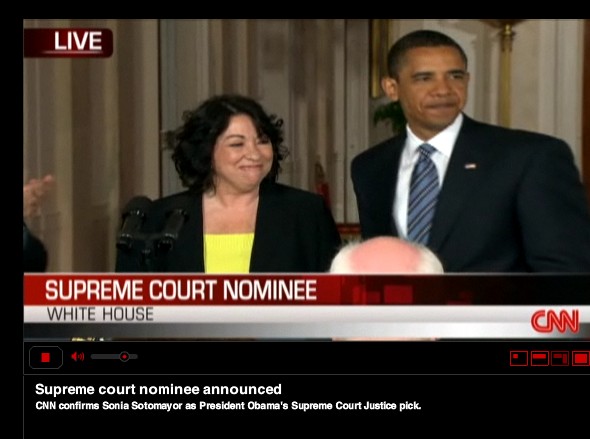 If confirmed, Sotomayor, 54, would be the first Supreme Court justice of Hispanic (Puerto Rican) descent and only the third woman ever to sit on the panel. She grew up in a Bronx housing project, went on to Princeton University and Yale Law School.

I watched this morning and felt as proud and teary-eyed as day Obama was sworn in. This is a major moment for Latinas in this country!