Bookstores in the Bronx 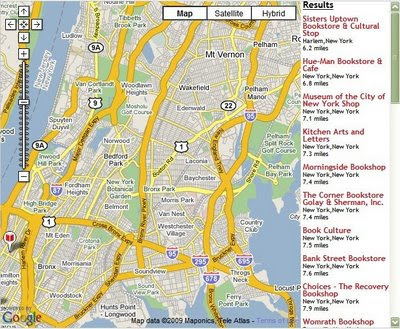 Bookstores in the Bronx

I decided to look into the bookstore ratio thing a bit more and it seems that in the borough of the Bronx, population 1,373,659 across 42 square miles, the stats are even sadder.

Using the IndieBound Goggle mash-up app, no indie bookstores are located in the Bronx. As seen here: That one bookstore in the bottom left corner is in Manhattan. So I checked agaisnt Google Business locator in Maps, and I found only 3 major bookstores, some college bookstores and a few Christian retailers.

If the Bronx is really on the up and up, I think we need more bookstores in that area.