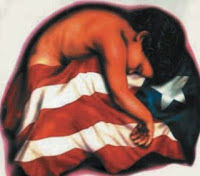 The poetry of Puerto Rican experience ranges from slams, to spoken word, to sonnets and free verse. 10. Miguel Piñero co-founded the Nuyorican Poets Café with poet Miguel Algarín. While in Sing Sing prison, he wrote the play Short Eyes, which ended up on Broadway and was nominated for 6 Tony awards.

9. Esmeralda Santiago writes memoirs and novels that deal with the themes of identity and culture of Nuyoricans. Her most famous novels are When I was Puerto Rican and American Dream.

8. Tato Laviera is a poet. His poetry, which is primarily spoken word, mixes spanish and english and addresses the issues of culture identity and language of Nuyoricans.

7. Jesús Colón is known as the father of the Nuyorican movement, and was the first Puerto Rican to write in English about his experiences as an immigrant in his most famous book A Puerto Rican in New York.

6. Julia de Burgos is one of the famous Puerto Rican poets. In her poetry and in her life, she advocated Puerto Rican independence as well as women’s civil rights and Afro-Cuban rights5. Giannina Braschi is a Nuyorican who wrote the first Spanglish novel: YO-YO BOING.

4. Edwin Torres is a Puerto Rican New York Supreme Court judge who wrote the novel Carlito’s Way, which was made into a movie.

2. Pedro Pietri is a poet and playwright. He co-founded the Nuyorican Poets Café. The poet Laureate of Nuyorican movement, he is the author of “Puerto Rican Obituary” a seminal Nuyorican poem about the difficulties faced by Puerto Ricans in New York.

1. Luis Palés Matos was Puerto Rican poet who wrote about colonization and slavery. His poetry is known for it’s musical rhythms and Afro-Cuban influence.